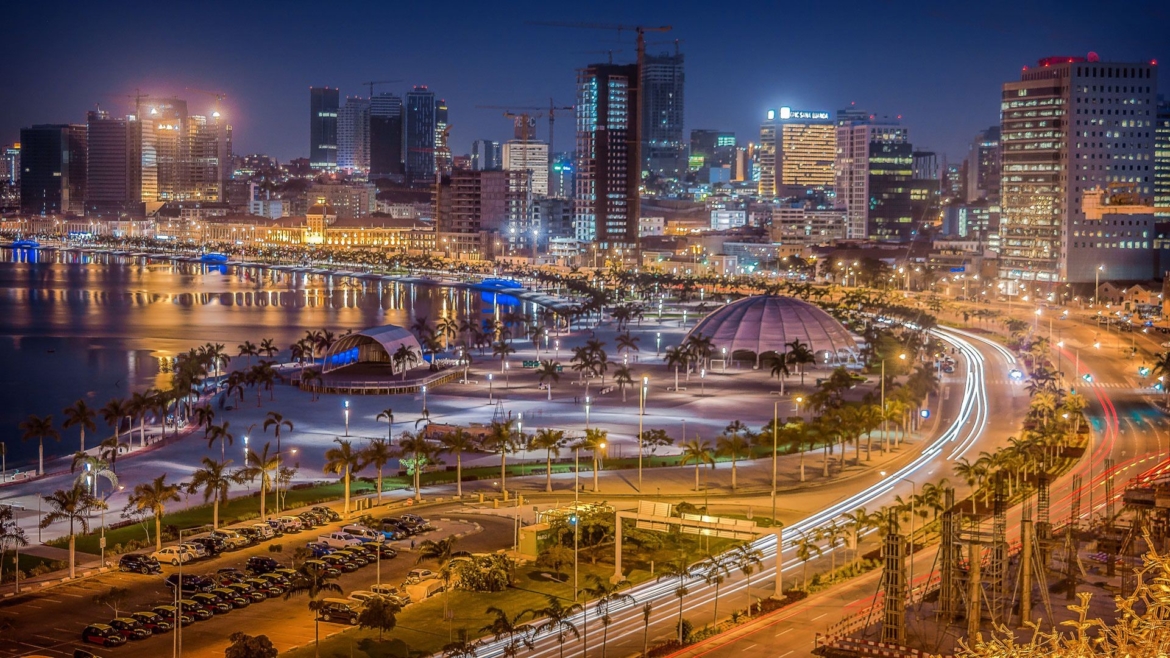 The demand for investment opportunities in frontier markets across the African continent increases steadily as many investors, in their crusade to find the best risk/return trade-off, seek to find a solution to deficits in energy and infrastructure in different countries in the region.

According to the World Economic Forum’s Global Competitiveness Report 2017-2018, that researched 137 countries globally, Africa’s infrastructure and financial markets remain underdeveloped and the improvement process in 2018 hit a setback due to political uncertainty. There has been no change in sub-Saharan Africa’s competitiveness over the past decade. A few countries that have experienced some improvements in infrastructure and power sectors include Tanzania (113º), Senegal (106º), Uganda (114º), and Ethiopia (108º).

Low prices of oil and gas in North Africa and the Middle East have forced these regions to implement reforms that would boost heavy investments in infrastructure. The most improved country is Egypt (101st, up 14) while the Arab Emirates takes the lead in Arab countries (17th) followed by Qatar (25th). There has been a very competitive environment for project equity, especially in Sub-Saharan Africa. Private equity investors have proven that they can deliver competitive tariffs of infrastructure services to these regions as they bear the risks related to time delays and cost overruns.

The Private Equity Industry contributes massively to the funding of power and infrastructure deficits in Africa. InfraCo Africa, Emerging Africa Infrastructure Fund, and Abu Dhabi are some organizations in the sector of energy that have increased their investments in different African countries. According to Maritz Africa’s Business Insight, InfraCo Africa increased its commitment to the first private geothermal project in Ethiopia to $30 million. Abu Dhabi Fund for Development approved $25 million for solar projects in Mauritius and Rwanda while Emerging Africa Infrastructure Fund invested $97 million for a 50MW solar plant in Mali.

Most of these public-private partnerships have directed their focus on Sub-Saharan Africa because of the rising demand for infrastructure and efficient energy in these countries. The only way in which these demands can be met is through the mobilization of private capital in support of infrastructure development. According to the World Bank, it is estimated that $95 billion is the annual amount needed to build infrastructure and energy sectors in Africa that would sustain its growth. This number alone is a blue ocean to private equity firms.

The private equity investors come in because their previous expertise of such implementations and the Capex is too steep for the public sector to handle on their own. In this article, we will look into the increasing interest for private equity investments in African countries, examples of public-private partnerships and the attraction of private investment in Sub-Saharan Africa.

The Growing Interest of Private Equity Investments in Sub-Saharan Africa

The World Bank estimates that the annual infrastructure investment deficit of Sub-Saharan Africa (“SSA”) to be approximately $93 billion in 2017. According to Africa’s Pulse report, countries in Sub-Saharan Africa lose as much as 2.1% of their annual GDP as a result of inadequate infrastructure leading to constraints in sustainable development. The 2015 study conducted by Brookings Institution indicates that external infrastructure financing in SSA came from three main sources: Multilateral institutions 35%, Private sector participants 50%, and public lending from China that targeted the energy and transport sectors 15%.

The availability of internal funds for infrastructure and energy development is limited by the constraints on the ability of SSA governments to significantly raise external financing. Limited national budgets are also some of the major challenges facing emerging economies. This makes the private sector investment very vital when it comes to closing the gap between infrastructure and power deficits in the African countries.

Although these gaps represent an ideal opportunity for investors, the investment capital of private sectors into sub-Saharan Africa is not in linearity with the required level of investment. African markets do not grow sustainably because of lack of infrastructure makes it difficult for companies in the United States and other overseas countries access these markets.

There are more than 40 private sector partners that have primarily focused on developing distributed power and mini-grid services as well as infrastructure SSA countries i.e. both peri-urban and rural populations. We will look into some of the public-private partnerships that have achieved massive success over time in solving infrastructure and energy deficits in African countries.

This is the key player of private equity investment organizations in African infrastructure that has been in existence over the past decade. According to the 2015 survey, R23, 8 billion funds were dedicated to infrastructure out of the R165, 3 billion in assets that were under the management of Southern Africa private equity.

Erika Van der Merwe, the CEO of SAVCA stated that private equity funds from various regions have been actively investing in transport, energy, and infrastructure projects across sub-Saharan Africa. Their investment into African infrastructure and energy offers compelling exposure to African growth.

It is a global engineering and construction firm that was founded in 1957. Its headquarters are based in Istanbul, Turkey. It boasts having successfully completed 495 projects in 47 countries with construction experience of 59 years. ENKA intends to invest $500 million in equity to the Sub-Saharan power sector and develop projects together with reputable international or local partners.

It is a frontier market investment firm that focuses on creating an impact on underserved markets to unlock the power of private capital. CrossBoundary LLC has a long experience in providing due diligence, opportunity sourcing, transaction investment expertise and advisory expertise. They navigate unconventional markets by working closely with private equity investors. CrossBoundary LLC also supports frontier market companies to determine and raise capital and give advice to policymakers about reform of investment climate.

CIG is a private investment organization that invests in critical infrastructure in the Middle East and the African continent. It is based in more than 25 countries and focuses primarily on building materials, waste management, water and power supply. CIG’s headquarters are situated in Johannesburg, South Africa and has also been listed in the JSE (Johannesburg Stock Exchange).

Blue Haven Initiative is a private equity investor that invests in innovative for-profit models that offer services and products to underserved people and businesses that cannot access existing infrastructure. The direct investment strategy incorporated by Blue Haven Initiative is aimed at maximum environmental and social impact with the end goal of achieving best-in-class venture returns.

To show commitment to Power Africa, Blue Haven Initiative is targeting businesses in Sub-Saharan Africa with the intention to invest at least $5 million in Southern and East Africa energy solutions. To support manufacturing and distribution expansion activities, BHI provides equity and debt capital investments that will improve access to clean and reliable energy solutions.

The group was founded in 2002 by Arif Naqvi, Abraaj Group and have pioneered the private equity industry in many of the markets where they operate.

The Abraaj Group has over 20 years of history investing in the African continent and has developed an approach that is purpose-built for investing in Sub-Saharan Africa. At the core of this investment approach is a focus on being a local investor, resulting in a material advantage in project origination, pricing, project execution and managing the risks associated to these investments.

How to Attract Private Investment in Sub-Saharan Africa

African governments should incorporate certain measures to encourage more investment in the private sector of infrastructure. Some of the ways they can attract private investment in sub-Saharan Africa include:

A project is said to be bankable when it has been designed in such a manner that is likely to provide returns to debt and equity providers that are commensurate with the risk being taken.

A revenue stream from a party said to be creditworthy is a central component of bankability. It needs to be enough for the project operation, repay the financed debt of the project and provide a return to the equity that is return-adjusted. The off-taker or the person providing the revenue stream should purchase the output of the project with few exceptions.

Also, the capacity to further export the project dividends shall be taken seriously by African countries. There will be no private equity investors willing to support local projects if their ability of exporting dividends is not secured.

To reduce the risk exposure in the future revenue stream and its further bankability, a project shall be carefully developed and later operated under a clear legal framework with a balanced risk approach (a.k.a regulation).

Project financing is the most popular structure that involves the private sector for most infrastructure projects. Before bringing in private equity investors, the African governments can try to absorb some of the development risks. It requires many years of experience to gain the type of expertise that structures these questions properly.

The legal system of a country should provide the private sector investors with the comfort that the legal-tax systems of a country are not only stable but also predictable.

Most of the Sub-Saharan countries lack a sufficient track record that can be depended upon by investors. Private sectors in those countries take a great deal of comfort in the clauses of stabilization.

There are ways in which governments in African countries can encourage foreign investors to finance a number of energy projects in the economy. Some of these methods include:

Prioritization of the sector

Governments need to fund this sector by looking at the public-private partnerships (PPP), foreign partnerships and accessing international debt and capital markets. They can also decide to tap into the diaspora bonds.

Currently, there is a very low trade between African countries estimated at 10 – 12% of the total trade of the continent. More than 80% of exports from Africa are usually shipped overseas to the US, China or EU.

It is less costly to refurbish and upgrade inefficient, dirty or existing power plants rather than build new ones. It is possible to build investor confidence once you show you have the zeal to strengthen the existing infrastructure.

The means to develop power infrastructure has no monopoly. It has the tendency to vary from mini-grids and off-grid to on-grid, or small-scale to large-scale or government-owned to the private sector to community owned.

Most African governments have an absence of effective management, a high degree of informality and poor project appraisal systems. Most often, they are subject to undue political influence for political or personal gain. It dissuades the private sector equity investments because of high risk for mismanagement and potential corruption in the country. 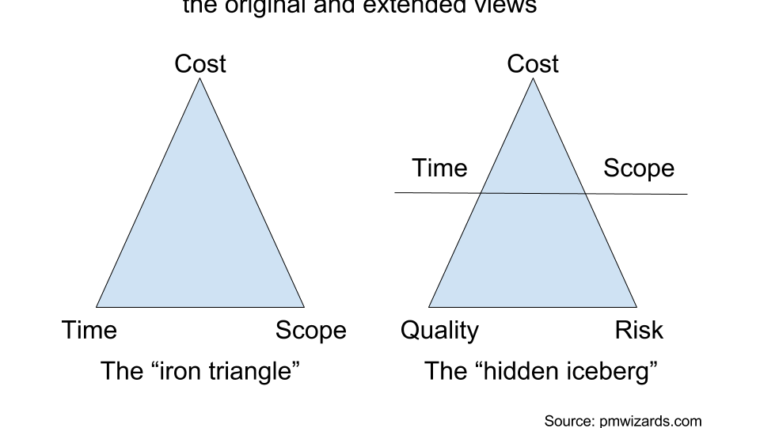 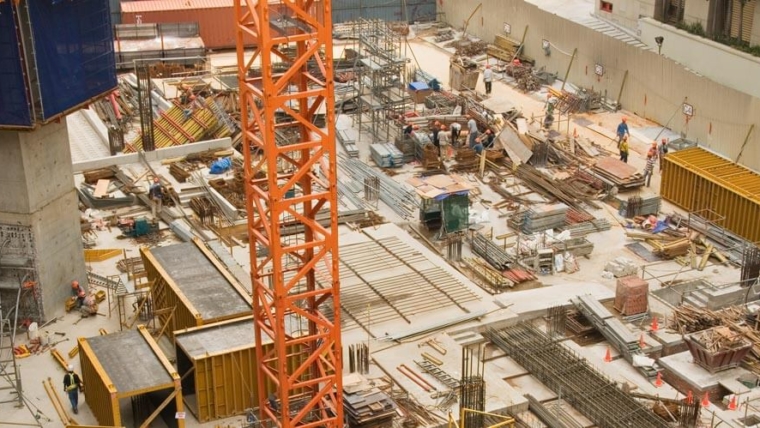